Cambering Steel Beams At Bushwick Metals – What Is It And Why Do It? 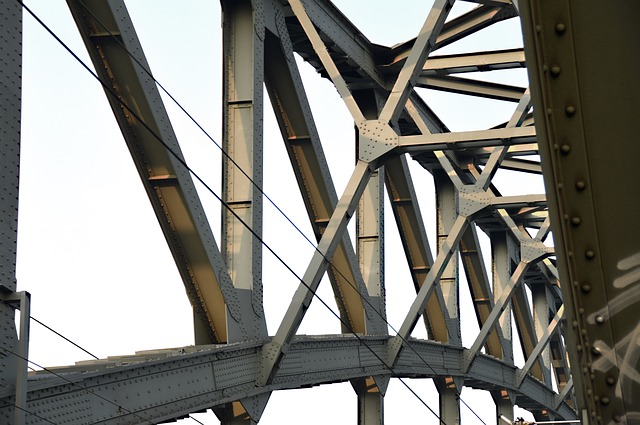 From the sweep of the NASCAR Hall of Fame to the crazy angles of the HL23 building in New York City, steel’s ability to stay strong while bending has allowed many an architect’s vision to come to reality.

These award-winning buildings use steel to great visual effect, but the metal’s ability to bend plays a critical role in places you can’t see as well.

Cambering steel beams put just enough curve into what would ordinarily be a straight line to improve strength and lower building costs. Understanding what’s involved in cambering allows you to better communicate with your fabricating shop when you order your steel beams.

Let’s look at what’s involved in cambering here at Bushwick Metals and how we do it for our clients.

Cambering involves making a curve on the vertical axis in just a part of the steel beam. This is different from a curve in that it only involves a part of the beam.

Natural camber is the slight out-of-straightness left after the work of rolling the steel and making the beam. Induced camber is the intentional distortion added later in a fabricating shop.

The camber approximates a parabola arch rather than a circle segment, which is the subtle difference between a camber and a curve.

Cambers become part of filler beams, girder beams, and composite floor beams. You should avoid having camber on cantilevered beams, crane beams, crane girders, and other types. In some cases, your steel beam dimensions such as length impact whether or not a camber can be added.

The camber allows a beam to handle the heavy loads set on them as the arched form resists sagging under the weight.

For example, it compensates for load deflection caused by a concrete floor poured on top. While a straight beam would sag down, a cambered beam deflects to a straight line under the weight. This allows the concrete slab to be flat while keeping a consistent thickness.

Cambering is commonly done at the fabricator’s shop after the beams have been formed. The shop should employ one or more of three methods:

Regardless of the chosen method, the process increases the strength of the steel with just a tiny reduction in ductility and toughness. Modern steel production makes the safety of cambering less of a concern.

Once the shop has cambered the beams, they should mark them to ensure proper installation on sight. The cambering should be done in a way that takes advantage of whatever natural camber already exists. If the natural camber of the beam is at least 75 percent of the specified camber, they might not add more.

Cold cambering is the more widely used process as it is more economical and easier to do than hot cambering. The beam is mounted in a frame and forced to bend by a jack pushing against the appropriate point.

The capacity of the machine and the amount of camber needed determine the number of times the process would need to be repeated.

Hot cambering is a more time-intensive process that isn’t used as often these days. It requires torches to apply heat to the flange and web of the beam while the camber is introduced from the opposite side of the beam as it cools. It tends to be used now for light, narrow beams and specific types of geometries.

The AISC Code of Standard Practice calls for the camber to be measured at the fabricating shop in unstressed condition to ensure it meets standard tolerances. The shop should verify that the camber met the standards when it was measured at the shop.

Time and temperature can impact the camber once applied, so the induced camber can straighten back out during transport to a job site. This is another good reason to have a fabricating shop local to your job so there is the shortest possible shipping distance.

Cambering allows you to have smaller beam depths in your construction, which can cut material costs. This also makes it easier to run ductwork, piping, and electrical between floors since the beams take up less space.

That said, there is extra labor involved in cambering your beams, so they do cost more than non-cambered. But your alternatives would involve extra concreted needed due to ponding or columns for shoring up the construction. When you compare that to the cost of cambering, it usually is less than the alternative.

Beyond cost savings, steel buildings benefit from flexibility that makes it possible to create stunning buildings like the NASCAR Hall of Fame. Cambering can improve the aesthetics of a building or project by allowing for fluid lines. The ability to create a curved walkway or arched ceiling adds to the visual appeal of a structure without compromising strength or function.

Cambering Steel Beams to Your Specs

Understanding cambering steel beams can help you with making estimates and working with your supplier to get the right type of beam for your project. Transporting curved beams can be more costly, so sourcing them from a local fabricator can keep your costs down.

Our shop can camber steel beam sizes up to 40” high for your project at multiple locations for better service. Contact us today or request a quote for your project. We can estimate, camber, and deliver to your job site.

Back to News / Blog